I had a vivid dream of the future where I was on a spaceship hovering above our planet.

We’ve all heard stories about time machines and such where we’d step into them and transport to a different time?

These ships were outside the bounds of time and space; they transcended matter, making our people’s stories of time machines seem quite crude.

I was inside the ship and I could see our earth, but in some sort of sophisticated holographic form that I hadn’t seen before.

I had this “knowing” to watch the globe (apparently communication transcended matter too).

As I watched intently, the earth started spinning faster and faster until it became an incredible blur of motion. Despite the blur, I could still “see” what was happening; it was a story unfolding in front of me.

I was witnessing the evolution of our earth.

The spinning accelerated, going from hundreds of years to thousands and then millions and millions.

By the time it reached the moment of our human occupation on the planet, we were gone in a blink of an eye. Faster and faster it went until it faded away to be no more.

Then the dream was over.

What stuck with me was how we humans were only on the earth for a very brief moment in time — a literal blink of the earth’s eye. And how the world marched onward as if we were insignificant in the grand scheme of the totality of its life.

Just like the dinosaurs — they once reigned supreme over the land and then they were no more. Poof.

Maybe we’re not so different from them after all; maybe we are just another brief fling of occupation upon earth. 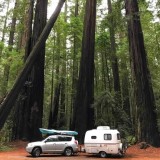